The following is an article by the Huon News, originally published on Wednesday, 18 July 2018. Republished here with permission.

Walking arm in arm in reconciliation 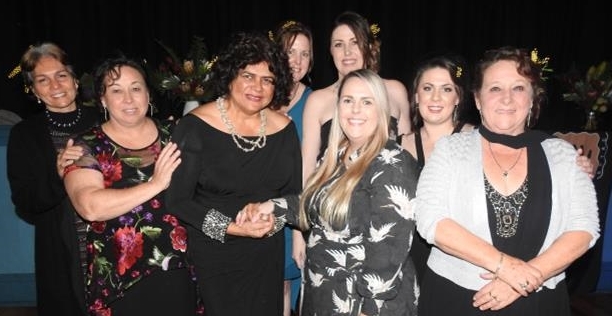 Because of Her We Can – the women of SETAC celebrated NAIDOC Week at the Inaugural NAIDOC Ball last Friday.

With around 150 guests in attendance, the night was a huge success for the organisation, with a wonderful family atmosphere, and a true spirit of reconciliation.

The theme of this year’s NAIDOC week is Because of Her We Can, and this is especially pertinent to the Huon Valley Aboriginal community, given the large number of influential Elders and emerging leaders in the area who are women.

SETAC CEO Tracey Dillon said, “I stand by my view that this year’s theme has been the best ever.”

“My mother gives me her tenacity, her strength and her determination,” said Tracey.

“It is wonderful that Aboriginal people are finally receiving recognition for their contribution to society.” 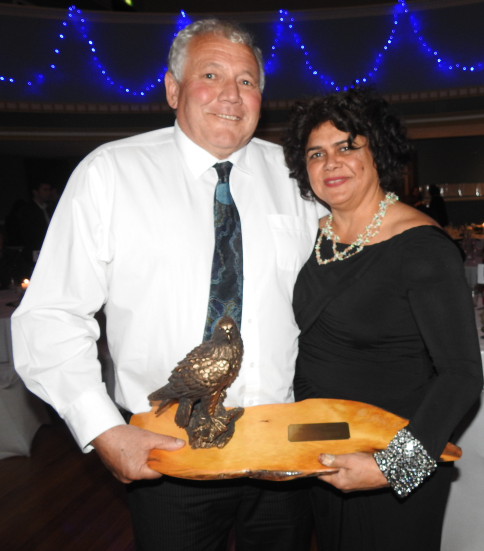 Rodney and Tracey Dillon accepted an award for commitment and dedication from the SETAC staff.at the National Aboriginal and Torres Strait Islander

The evening was officially opened with a dance performed by the women of SETAC and accompanied by a song written by Toni Murray in the language of the south east, and later Debbie Cowen gave a powerful presentation called Black Lagoon about the spiritual connection that Aboriginal people have to the land, to their culture and to their language.

Tracey said that the language is slowly being revived from a list of words, and using the language of the songs of Fanny Cochrane-Smith, and it is remarkable how quickly the words in Fanny’s songs are becoming recognisable as they are used in the living culture again.

As is the way of Aboriginal culture, the indigenous people in attendance created a tribal atmosphere at the Ball, with heritage and culture binding them strongly together, but they also welcomed white people into their tribe with open arms.

SETAC chairman Rodney Dillon said that it made him feel proud to see the Aboriginal families singing their songs as a group.

“We’re not where we want to be, but we are on the right track,” he said.

“I feel safe that the young people around me will achieve the things that I wasn’t able to achieve in my lifetime.

“I want to walk down that road with all the people in this room tonight, arm in arm.
“Having people here in reconciliation makes me feel really strong as a person.”

SETAC Award for Commitment and Dedication (from the staff):
Rodney and Tracey Dillon.