Regional groups to be consulted on dual naming

The following is an article by the Huon News, originally published on Wednesday, 12 June 2019. Republished here with permission.

Regional groups to be consulted on dual naming 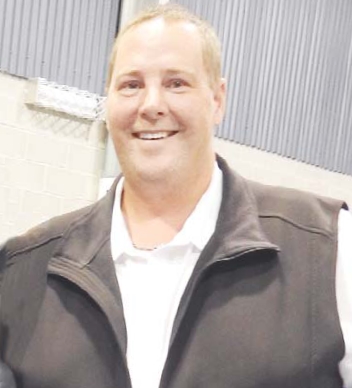 SETAC director Brad Strong says that the new dual naming policy is a step in the right direction for recognition of regional Tasmanian Aboriginal languages.

Last week Minister for Aboriginal Affairs Jacquie Petrusma announced that the State Government would take a major step to increase recognition of the 60,000 years of Tasmanian Aboriginal history, culture and language through a revised Aboriginal and Dual Naming Policy.

“Acknowledging Aboriginal names for geographical features and places helps in the wider preservation of Aboriginal heritage, and is an important process in reconciliation through broadening the community’s understanding of Aboriginal history and culture in Tasmania,” said Ms Petrusma.

Under the previous policy all dual naming was done through the statewide body, the Tasmanian Aboriginal Centre (TAC), using the reconstructed palawa kani language.

SETAC director Brad Strong said, “The Hodgman Government has done a fantastic job with this particular review, and its certainly taken on board all those regional Aboriginal communities’ comments and given us all the opportunity to have a say, and I think that’s really important.

“TRACA has campaigned pretty hard on policy, things like dual naming, but also land hand back and the Aboriginal Lands Act.

“All our organisations have put in our own submissions, because that’s important to our local communities, but we do come together with TRACA, and I think that alliance has got a fair amount of influence
with not only government, but we also work very closely with the Labor Party as well.

“We’re really happy with the work that everyone’s put in, we think it’s absolutely fantastic that they’re giving us that responsibility now, giving local Aboriginal communities the opportunity to have a say, and to be consulted with dual naming in our area.”

The revised policy includes giving Aboriginal names to geographic features or places that do not already have an official or assigned name, ensuring there is a provision on replacing existing place names that are racially or historically offensive to Aboriginal communities, and giving an additional Aboriginal name to a feature that already has an official name (dual naming).

The dual naming of a place or feature means that both names will have the same status and recognise the important Aboriginal history and connection to a place.

For the last year and a half, SETAC has been working on reconstructing the South East Nation language of the four tribes in the south of the state, the Melukerdee people of the Huon River, the Lyluequonny people of the Far South, the Nuenonne people of Bruny Island and the Mouheneenner people of Hobart.

“We’ve been applying for funding to be able to work more in that particular area,” said Brad.

“It’s a slow process, palawa kani has taken 25 years to do the research, but in the last 12 or 18 months we’ve really been looking at the language of the south east.

“We are starting to use it in everyday sorts of things.

“Toni Murray wrote a song that’s been spoken and sung in schools as part of our welcome, little things in the office, and Huon FM have been talking to us about doing a radio programme in language, or a certain percentage in language, so we think that that will be a fantastic opportunity, particularly for our kids.

“We’ve got a fair way to go, it’s not something that can be done overnight, the information is there, we’ve just got to research it.”
Brad said that the regional consultation on dual naming is a step in the right direction, and he hopes to see that in other policy areas in the future, such as land hand backs.

“Hopefully the next step with the land hand backs, and there hasn’t been any handed back for a long time, but rather than going to one particular organisation if there is any land hand backs in our region, that we have a say in that, and that the land comes back to us (SETAC), or to Weetapoona (Bruny Island) or to us collectively as two organisations,” said Brad.

TRACA represents seven local Aboriginal organisations from all around Tasmania and has signed a Statement of Intent with both the State Government and the Tasmanian Labor Party to work collaboratively on a mechanism for mutual engagement and advice.