“Possible Sale Too Rushed For Some” (Cygnet Medical Centre)

The following is an article by the Huon News, originally published on Wednesday, 26 September 2018. Republished here with permission.

Possible Sale Too Rushed For Some 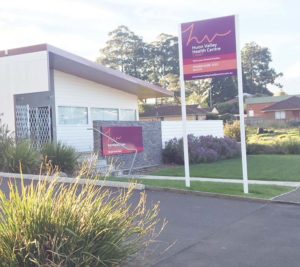 Local Cygnet medical providers have expressed concern over the lack of consultation with key stakeholders by the Huon Valley Council (HVC) in their bid to sell off the council owned medical centre in George Street, Cygnet.

The HVC met with South East Tasmanian Aboriginal Corporation (SETAC) and Cygnet Family Practice representatives just last Thursday to inform them of the decision to table the proposal at the HVC general meeting tonight (Wednesday, September 26).

In a letter to the Huon News, Cygnet Family Practice co-owners Kerrie Duggan and Carl Childs van Wijk asked, “Why the rush to sell without transparent processes, or key stakeholder and community consultation?”

The Cygnet Medical Centre was developed, under a Federal Government funding agreement, by HVC in 2012, along with medical practices in Geeveston and Dover, to fill a gap in the provision of medical services in the outlying towns of the Huon Valley.

In late 2016 the HVC had an offer from a local private operator to lease the practice, which was put out to tender, and Huon Valley Health Centre (HVHC) was successful in its bid to lease the premises and establish an additional private practice in Cygnet.

The lease was ratified for a period of five years, until February 2022, however the commitment to provide medical services at the premises under the Commonwealth Agreement is enforceable until 2032.

HVC general manager Emilio Reale said that it is highly desirable for the HVC to discharge its responsibilities with regard to the Commonwealth Agreement to reduce council’s financial risk should HVHC withdraw from the lease arrangements early.

Mr Reale said that any open tender process to sell the premises could not be undertaken until the expiry of the current lease in 2022, which puts the council at risk of having to resume the running of the centre in the future.

The report to council states, “As there is currently an operator at the location providing services to the satisfaction of the community, and they have shown a willingness and ability to take over the Funding Agreement obligations, it would be ideal to arrange a transfer of obligations whilst it is currently viable.”

The HVC has determined that the community is satisfied with the service currently being provided as the HVHC “has been operating the centre at George Street since February 2017 without any issues being referred to the council,” and “services are being provided in accordance with the requirements of the Funding Agreement.”

SETAC CEO Tracey Dillon said that this does not qualify as community consultation. Ms Dillon said she was also disappointed to hear that the HVC has been in consultation with the Department of Health and the HVHC for some time, without other key stakeholders being involved. “This is a community asset, and the council really need to consult, it’s not very transparent,” she said.

Ms Duggan said, “It is concerning that this report is being tabled just before the new council is elected. “When an elected council is present it would require an absolute majority of all councillors for the resolution to be passed.” Ms Duggan said that the current lease arrangement is secure until 2022 and that she doesn’t believe there is a significant risk to council, as the report implies.

Both Ms Dillon and Ms Duggan are calling on the HVC to withdraw the report until meaningful discussion can take place. Ms Dillon said, “SETAC is growing, I’ve just recently put in a bid for additional infrastructure because our service is growing, and if we don’t get that then we’re going to have to limit the services that we provide.”
“It’s quite possible that we could put our hand up in the tender process, but we’ve been given no opportunity.”

Mr Reale said that the HVC is selling the building and the Federal funding obligation, however the practice and the doctors that work there, are not included in the deal, and an alternative operator may not be able to provide the continuity of service that HVHC has been able to establish.
“The formal process will allow opportunity for any objection to the process to be lodged.
“It is acknowledged within this report that there is likely to be considerable public interest in this issue within the Cygnet community.
“Any decision of the council to resolve its intention to sell the land commences the process, it does not complete it.”