The following article was originally published on Primary Health Tasmania’s website on Tuesday, 11 December 2018, and has been republished here with permission. 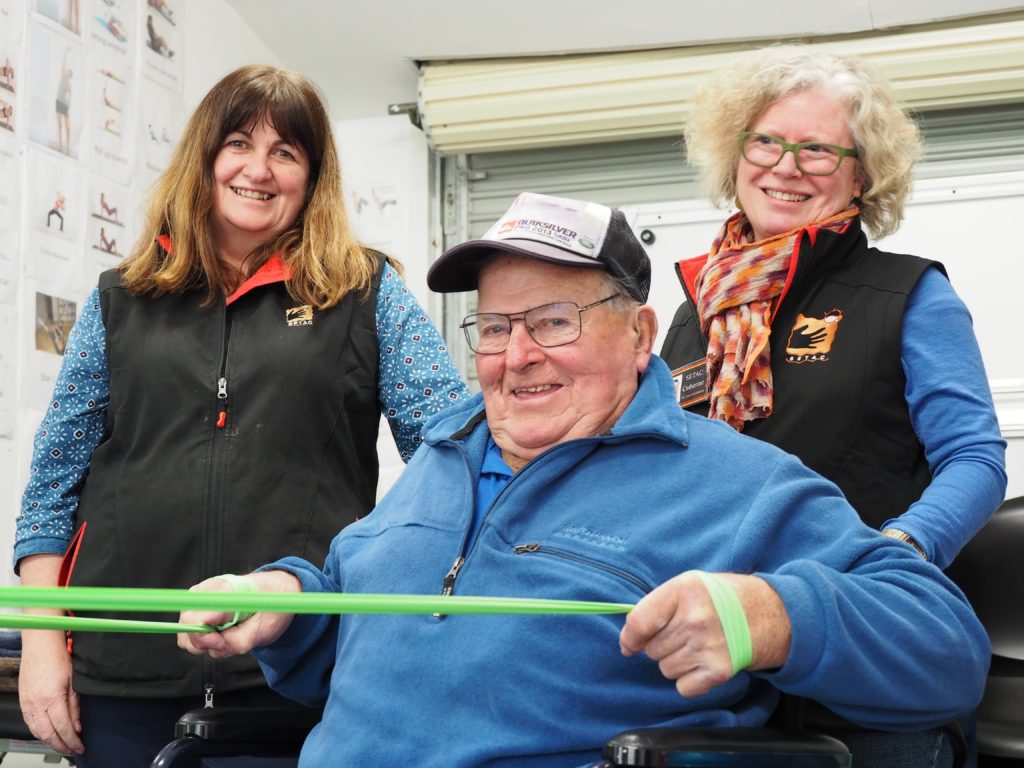 Tony Watson loves his footy. It’s a love the former North Hobart trainer passed on to his son, who followed his father’s boot-prints to the Cygnet Football Club.

But one Saturday night about 15 years ago Tony got word that his son had suffered an on-field concussion and, making his way home, had a car accident.

He rushed him to the hospital for urgent treatment for a shattered pelvis and displaced hip joint.

Tony didn’t know it then, but his own welfare was about to be at risk too.

“When I got to the hospital with him, I had a heart attack, right there,” the 81-year-old says.

These days, Tony’s health is stable, but complex. He’s got a pacemaker, diabetes and has had both knees reconstructed. He also had a back operation about three years ago.

It’s a lot to keep on top of and has meant significant caring duties for his beloved wife, Gloria.

But Tony, who identifies as Aboriginal, says the South East Tasmanian Aboriginal Corporation (SETAC) has changed his life.

As a client of the integrated team care (ITC) program – which is supported by Primary Health Tasmania – the team has helped initiate seemingly small, but important, changes to his everyday life.

“He had some stockings, but they weren’t appropriate. So, through ITC, I could go to a cardiologist appointment with Tony and talk to them about getting him some stockings measured properly,” Tony’s main care coordinator is Margie Kirk says.

“Wearing those stockings has reduced swelling in his lower legs and increased his mobility.”

“We also got him better shoes – light-weight ones that are easier to put on, and helps with his transfers, which is really important, as well as his independence.”

Through the program, Tony has also been able to get the regular support he needs to stay on top of his musculoskeletal issues.

Once a week, he comes to the SETAC office for a physio session that involves tailored exercises to improve his strength and dexterity.

For someone who spent so much of his life dedicated to playing sport, it’s a welcome opportunity to get moving again.

“I’d give anything to get back on the treadmill,” Tony, a former machine operator and bush worker, says. “(But physio has) helped get my arms and legs better.”

For Margie, the “beauty” of ITC is having time to get a comprehensive picture of someone’s health and working with them to address it.

“It’s a job where you use all your social and counselling skills,” she says. “You have to know how systems work and how to help people navigate them.”

Having SETAC’s staff on hand to regularly monitor his diabetes and blood pressure, offer access to physio treatment and provide transport to important hospital appointments has been a huge help, he says.

“I can honestly say, only for SETAC, I wouldn’t be here today.”