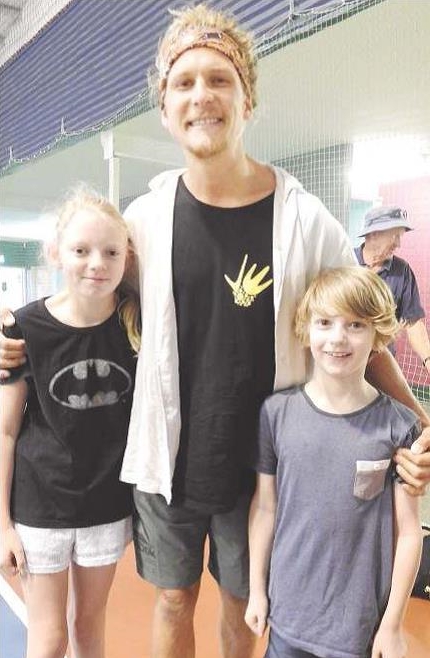 SETAC Aboriginal health worker Liam Gilham has seen, through his own experience and his work, that drug abuse and addiction in the Huon Valley is tearing families apart, and he wanted to try and make a difference.

Liam said he wanted the programme to be proactive, rather than reactive.
“I wanted to try and get kids into health and well being and mentoring programmes, not just treat the symptoms,” he said.

There were a large number of community organisations involved in the event, including the SES, the Cancer Council of Tasmania (Quitline), the Tasmanian Aboriginal Legal Service, the Heart Foundation, Misha’s Mates dog therapy, Save the Children and the PCYC.

FIAA funded the event through their quit programme (Tackling Smoking Team) and FIAA workers Meg Walsh and Khristee Willis were at the PCYC last week to promote health and wellbeing through reducing smoking and improving nutrition and physical activity levels.

“We’ve been following Jack on social media for a little while,” said Meg.
“We love his message and we love how he’s great with kids, so we thought we’d get him down to Tassie to share that.”

Jack is a proud Kalkadoon man from Mt Isa who discovered the transformative effects of health and fitness after participating in the Indigenous Marathon Foundation programme in 2013. 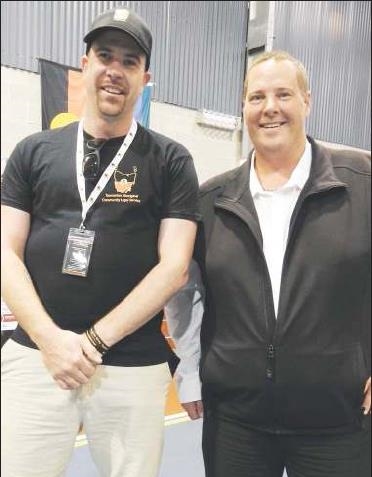 He then successfully auditioned for Australian Ninja Warrior, where he became the Deadly Ninja in indigenous body paint and indigenous flag budgie smugglers, which he modelled at the PCYC last week.

Jack said that he has struggled in the past to come to terms with being a “white Aboriginal”, but now he embraces his racial diversity.“Knowing your nationality and your bloodline all comes down to self awareness,” he said.
“Knowing who you are as a person, to be confident, to be courageous, so you can tell your story.
“This land is very ancient and it’s a privilege to be a part of this country and to have indigenous blood running through my veins, and it’s something I’m very proud of, and always something that I share.”

Around 70 people attended the event, including both indigenous and non-indigenous families, and SETAC director Brad Strong said that these all inclusive programmes are important for reconciliation in Tasmania.
“SETAC has always been an organisation that has opened up our doors to Aboriginal and non- Aboriginal people,” said Brad.
“Particularly in our aged care, a lot of our clients are non-Aboriginal, and I think it’s important for us to do the same with the kids, so kids within the community work together and enjoy each other’s company and learn some important things about their health as well, which is really important.
“It is about working together and reaching out.”