An evening with a wise man

The following is an article written by Zainab Clark, and was originally published by the Huon News on Wednesday, 23 January 2019. Republished here with permission.

An evening with a wise man 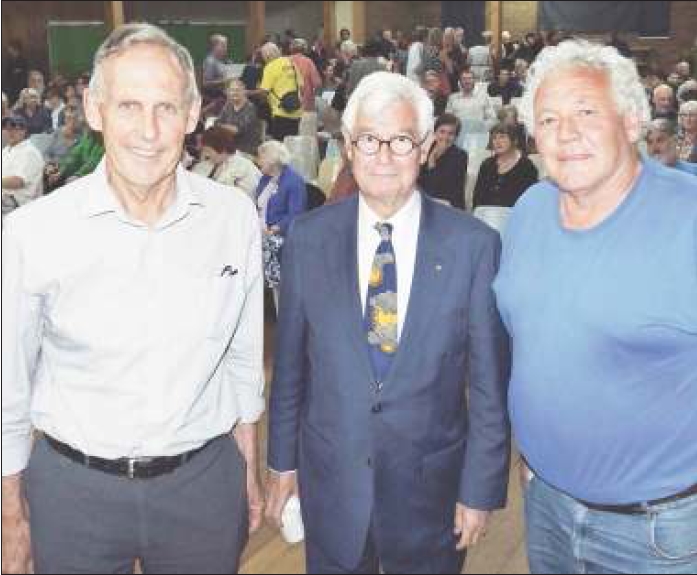 From left, Bob Brown, Julian Burnside and Rodney Dillon at Carmel Hall for the screening of Border Politics.

Julian is renowned for his tireless advocacy for the rights of people seeking asylum, since he worked pro bono on the Tampa case of 2001. He has won numerous awards, including the Australian Peace Prize, and was elected an Australian Living Treasure in 2004.

Around 250 members and supporters of Amnesty and Rural Australians for Refugees (RAR) packed Carmel Hall, where a heartfelt Welcome to Country from Elder Rodney Dillon opened the event. He said that, like asylum seekers, Aboriginal people knew well of the suffering for loss of loved ones and homeland.

Introducing the documentary, Bob Brown said that it is possible to see the heart of the man responsible in the journey Julian Burnside takes in Border Politics.

Julian explores the approach of different countries around the world to managing the humanitarian crisis caused by more than a decade of war and instability. The documentary illustrates the extreme measures people have taken in order to escape from their intolerable situation to a place of sanctuary. The documentary also shines a light on Australia’s use of indefinite offshore detention of refugees, and asks what we can do as a community to support people fleeing war and terror.

Bob Brown coordinated the question and answer session that followed the filming, with questions answered by Julian.

The first question came from Huon Valley Mayor Bec Enders, who asked which local governments might be considered as role models in their treatment and inclusion of refugees. Julian said that, from a Victorian perspective, Moreland City Council provided a good model, and he suggested that council could hold regular simple events where refugees sit beside local residents.

The final question of the night was from 10-year-old Cygnet Primary student, Abigail Mertens who asked, “Why do they not stop bombing places when they know it’s actually causing trouble?”

This event was organised in partnership with many local organisations, including Rural Australians for Refugees, St James Catholic College, Cygnet Woodfired Bakehouse and others, in support of Amnesty International’s refugee campaign called My New Neighbour. This campaign aims to create pathways for refugees to safely come to Australia through expanding the existing community sponsorship programme. A similar programme has been active in Canada for 30 years, reportedly saving over 280,000 lives by allowing individuals, community groups and businesses to sponsor refugees to come to their country.

To find out more about how you can support the campaign locally, please contact Amnesty’s Southern group at tasaia@amnesty.org.au